More about the project
Task

In order to immortalize the memory of this great deed, a memorial museum complex was created on the Borodino battlefield. Our task was to develop a new corporate identity for the museum. The final style solution should reflect the significance of the complex in the history of Russia.

Working on the project, we conducted a series of in-depth interviews with museum staff and Borodino residents. We found out about the images, they associated with the Borodino battlefield, and formed a semantic cloud from those associations.

The public opinion research helped to find the right image — the monument to Mikhail Kutuzov, designed by Pavel Vorontsov-Velyaminov, which is installed in the centre of Gorki village. The commander’s main observation point was located there, on the hill. He led the battle from that point. This monument became the basis of the museum’s logo.

An eagle with spread wing is put on the top of the obelisk. A laurel wreath, being a symbol of victory and glory, is clenched in its claws. It is believed that the eagle flew over Kutuzov on the day of the battle. It was interpreted as an omen of success in the battle. The commander saw this as a symbol of possible victory and saluted the eagle by removing his hat.

This part of the project required diving into the history of the Patriotic War of 1812 to study the key personalities of the Borodino battle. As a result, we created additional corporate identity elements. They are made in the technique of engraving. With roughness, texture and strokes, characteristic of this technique, it adds depth to the portraits of commanders and revives the battle scenes.

The key colours in the design of communication elements are shades of green and brown, resembling grass and earth. 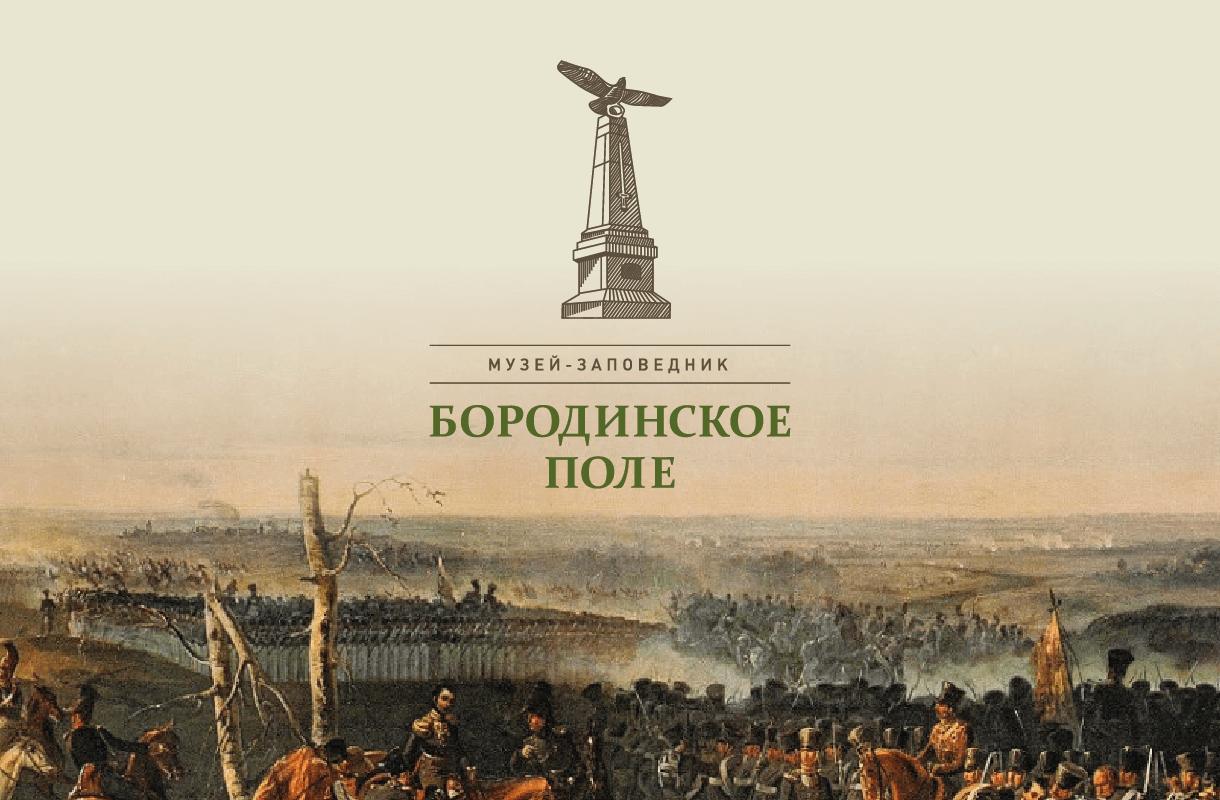 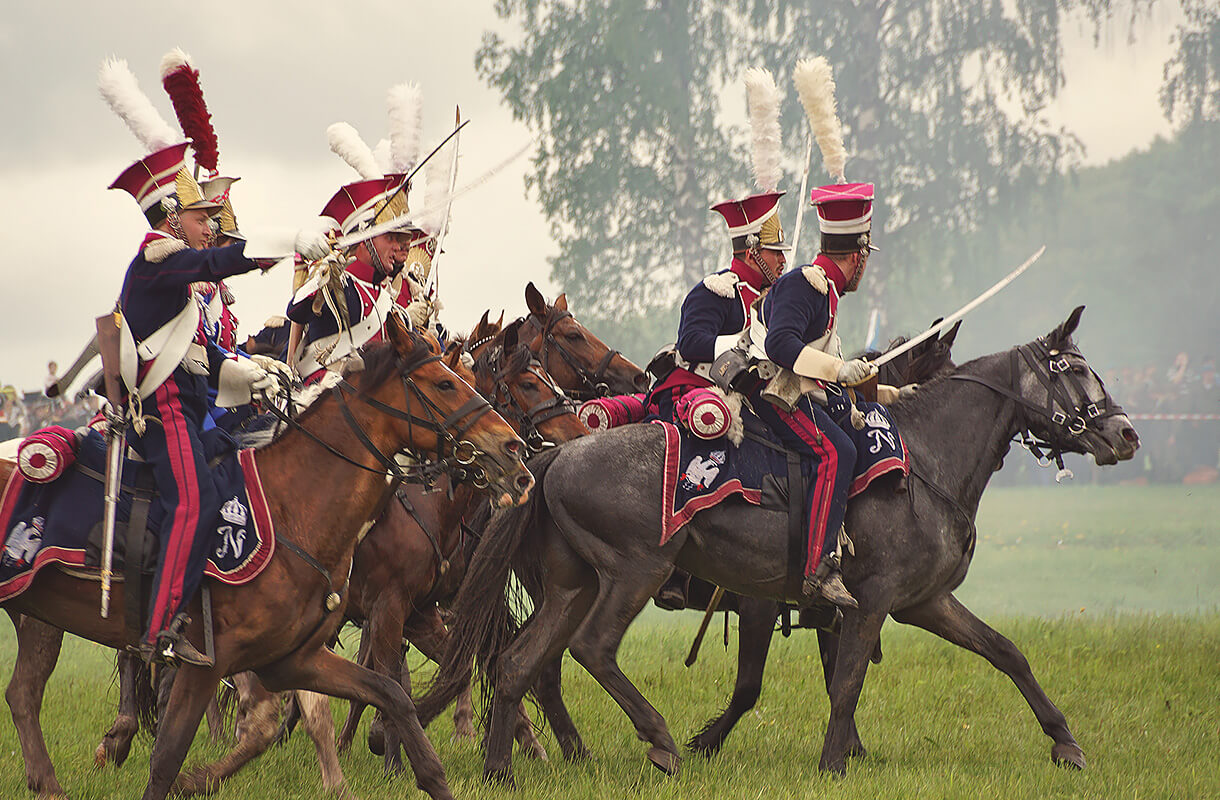 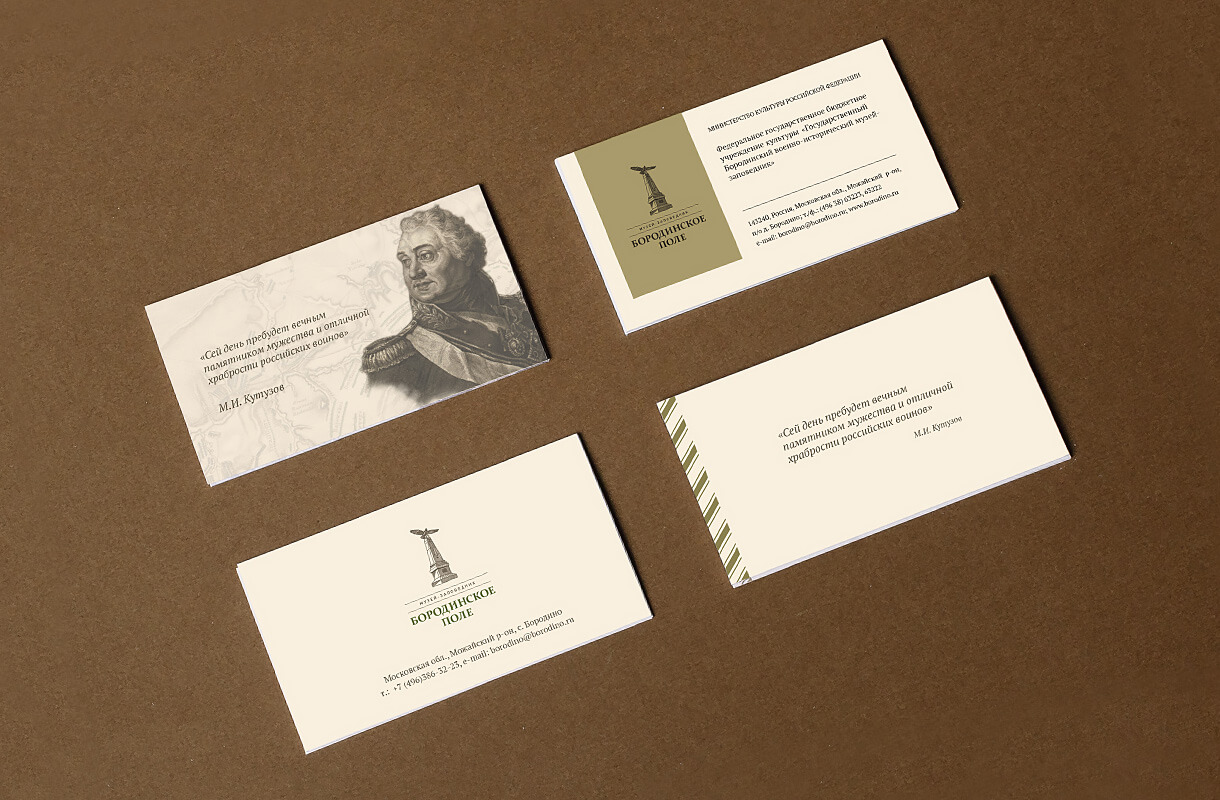 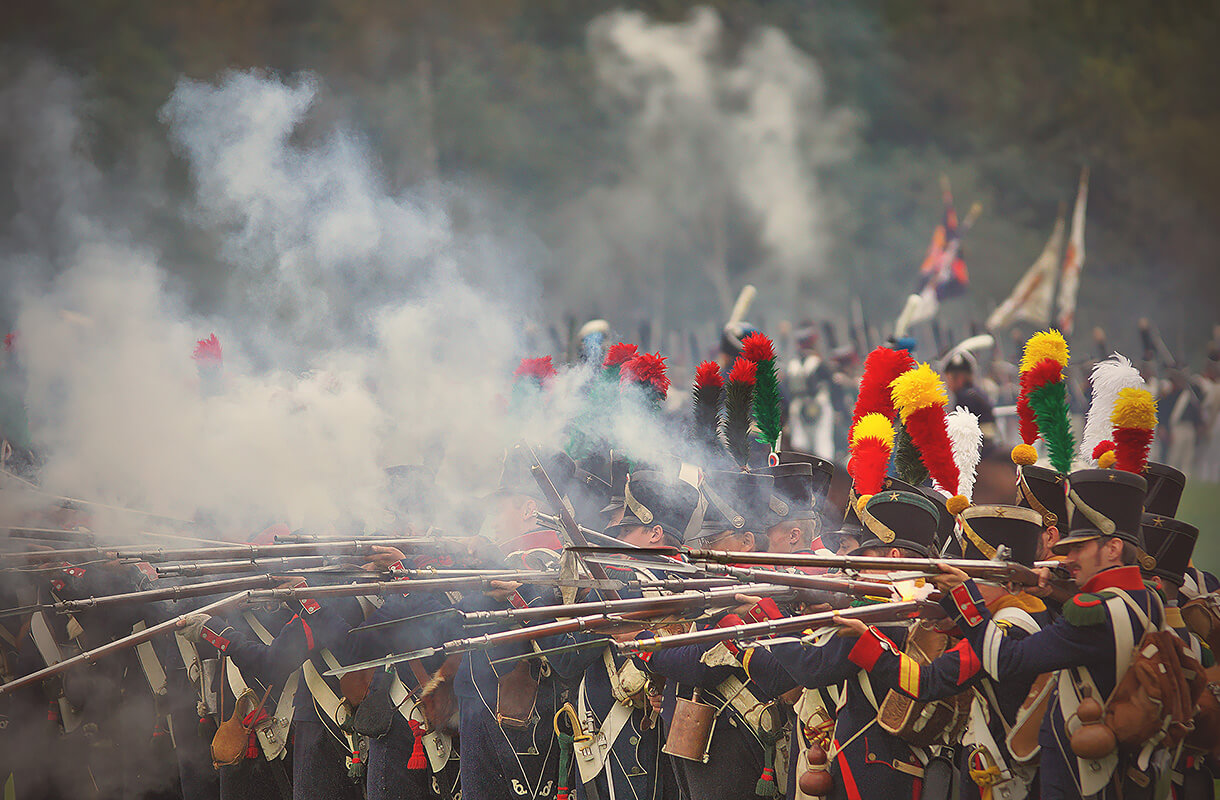 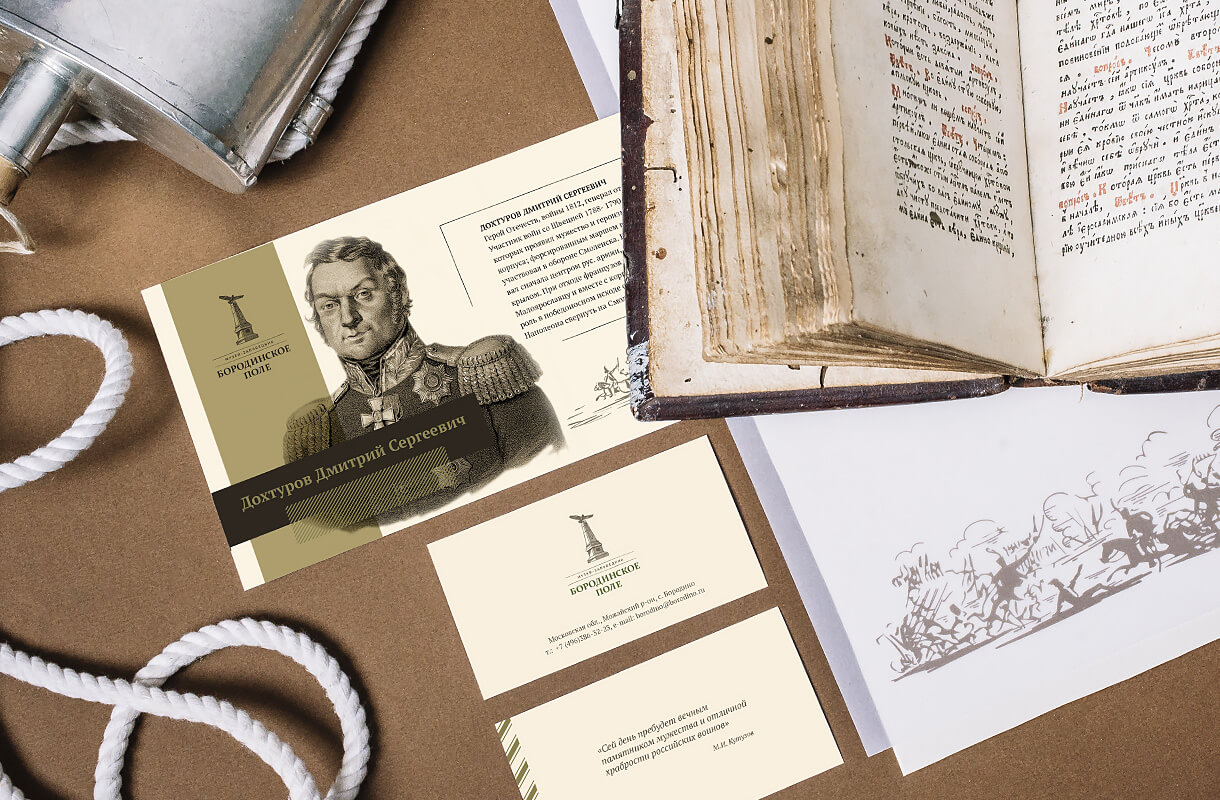 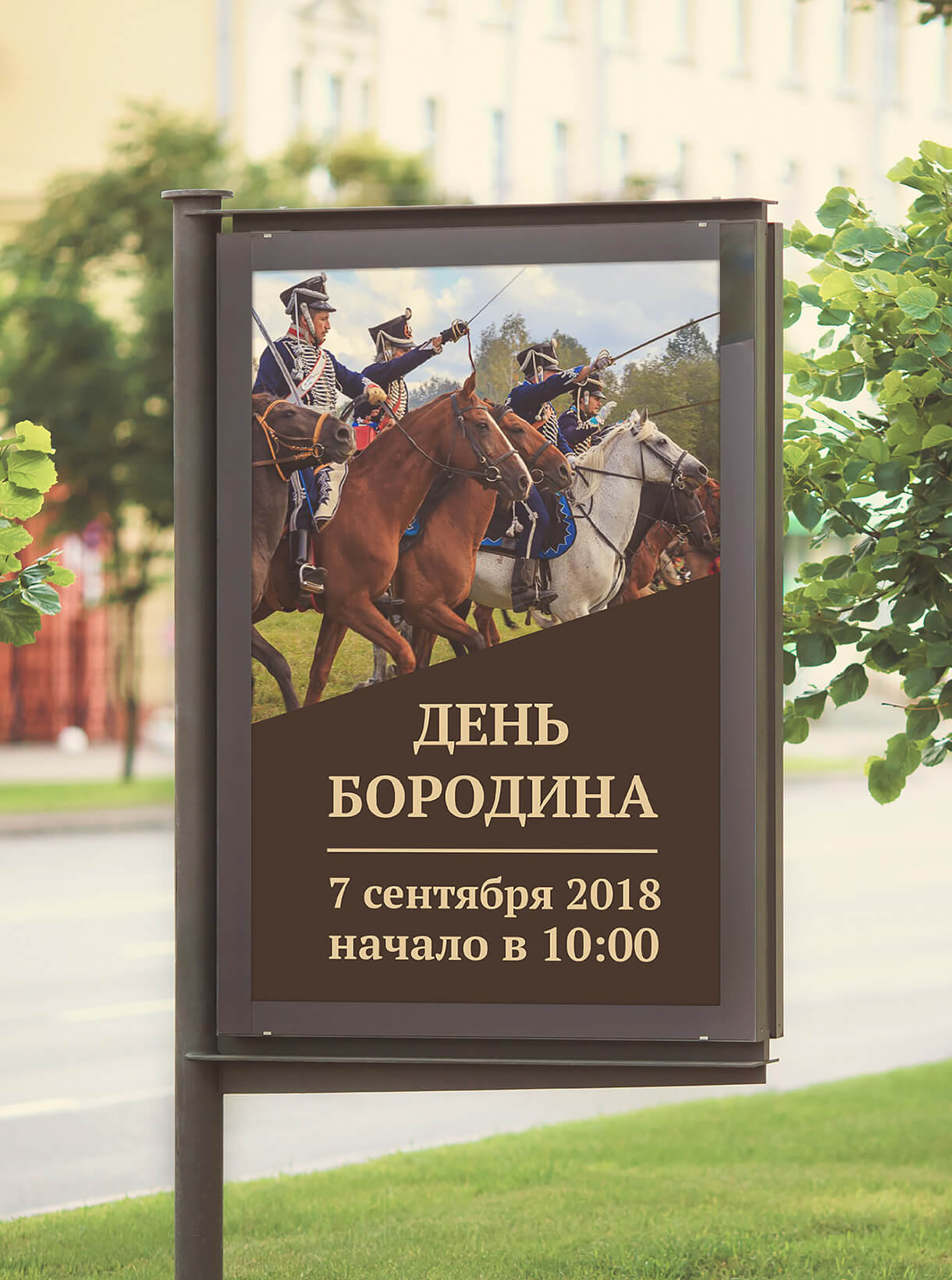 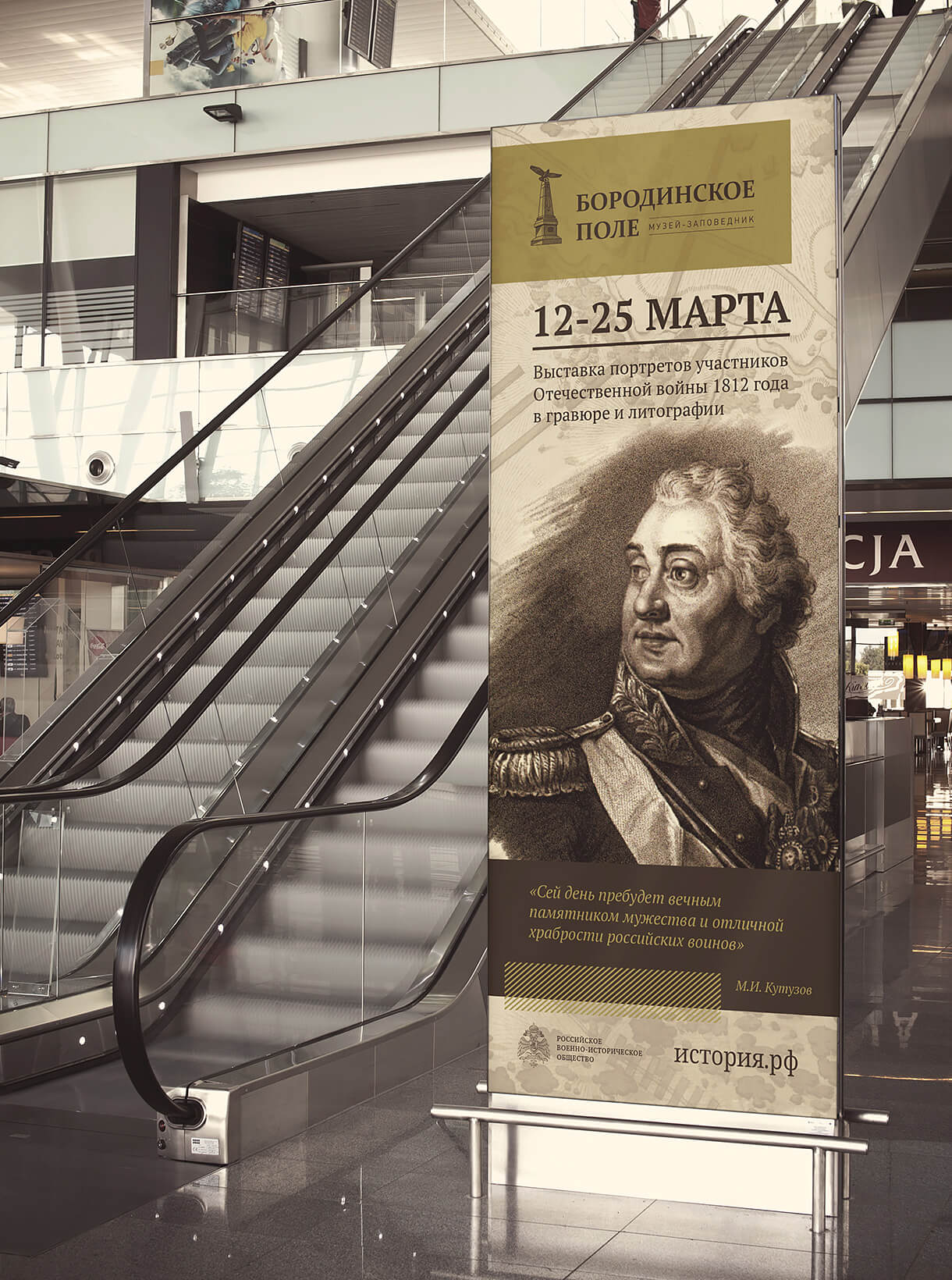 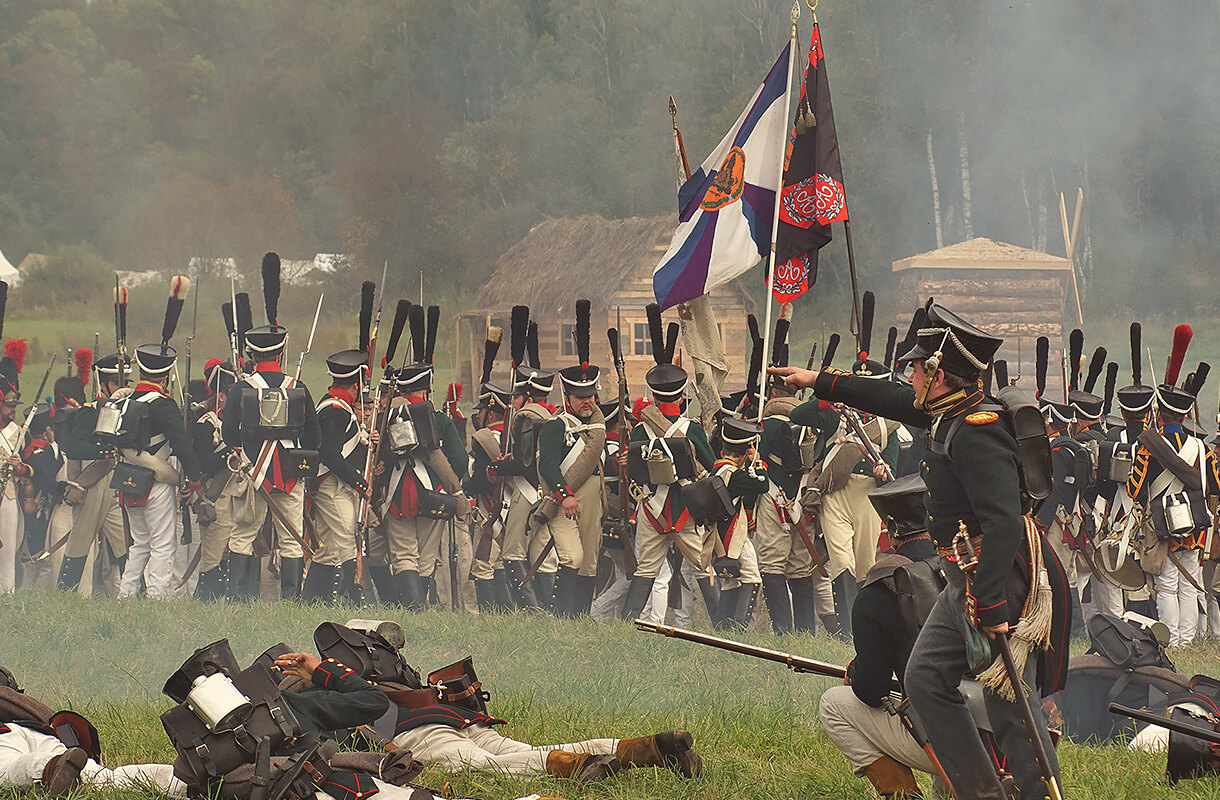 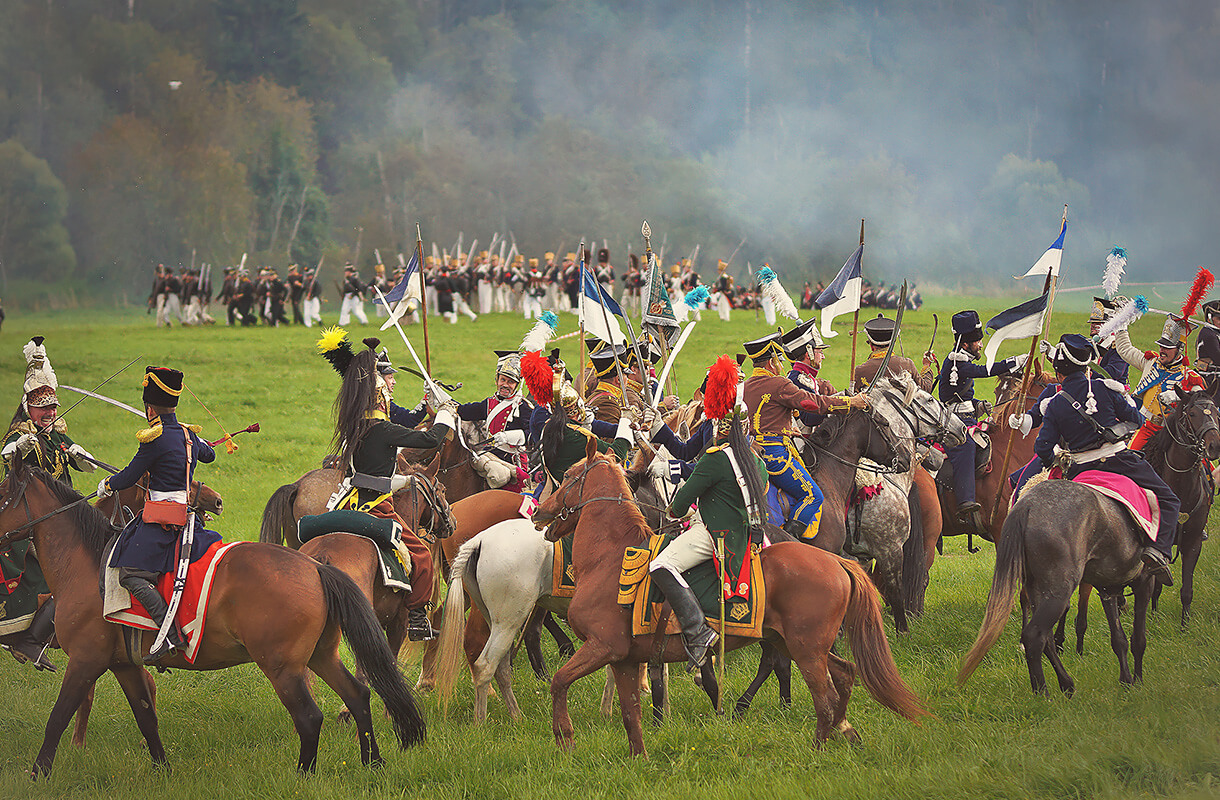 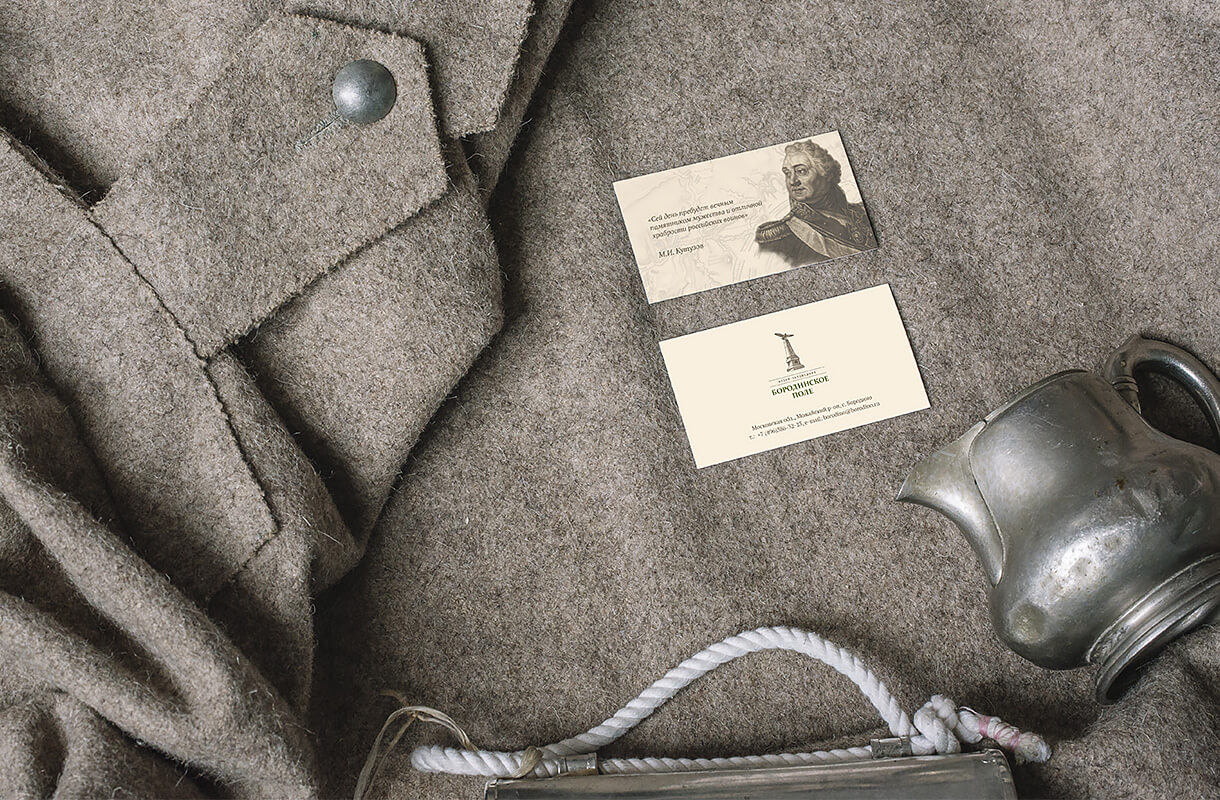 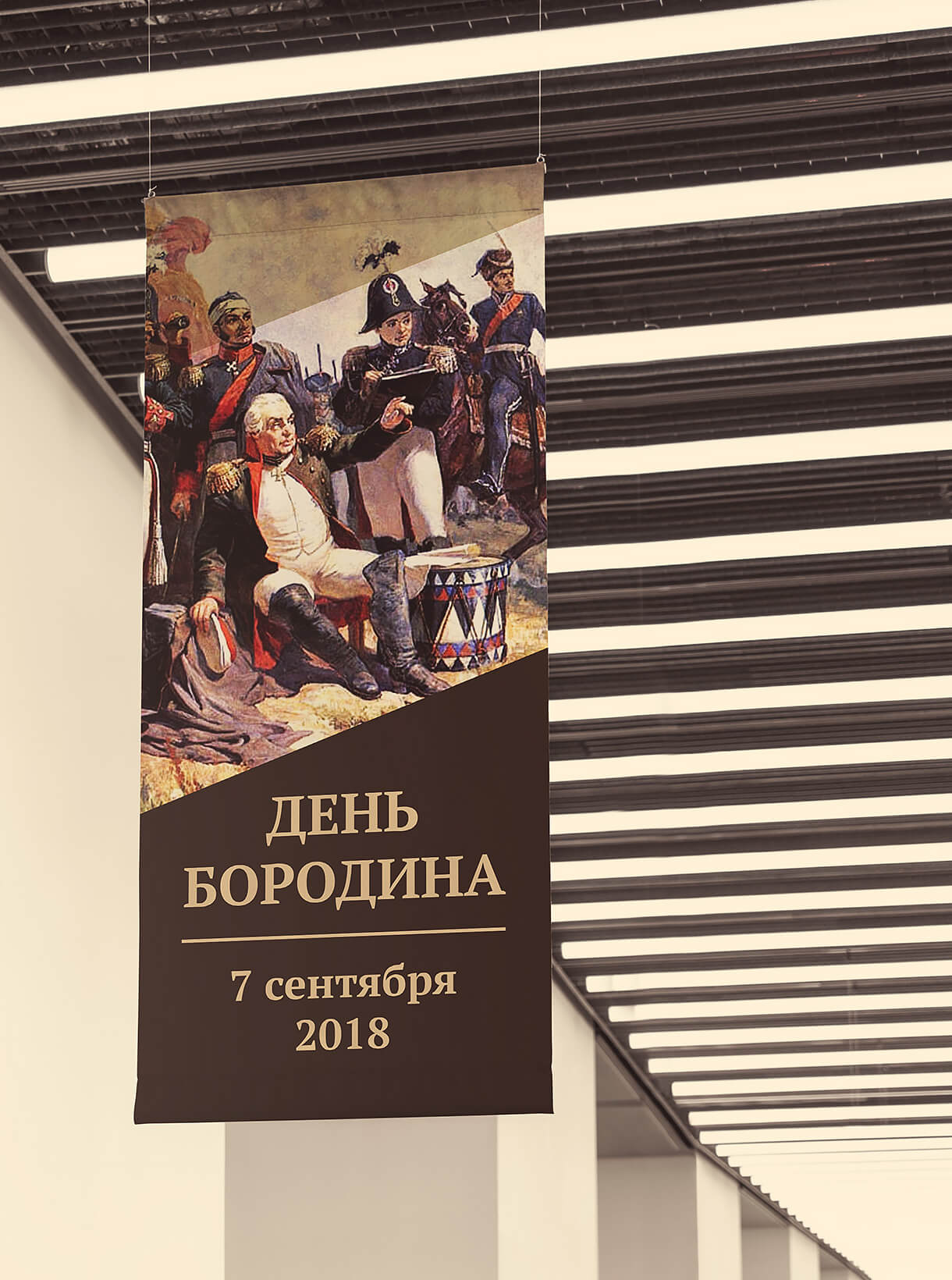 This site uses cookies and services for collecting technical data of visitors (data about IP-address, location, etc.) to ensure performance and improve the quality of service. By continuing to use our site, you automatically agree to the use of these technologies. More